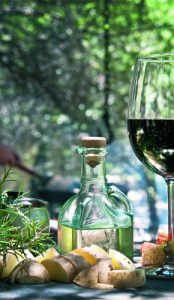 The city of Córdoba was founded on 6 July 1573 by Jerónimo Luis de Cabrera on the banks of the Suquía river. Is the capital of the Province of Córdoba, and has more than 1.300.000 inhabitants, a figure that places it as the second most important city in Argentina, behind Buenos Aires. There are 703 kilometers of distance between both cities, although they are connected by frequent air and land transport means. Córdoba is located in the centre of continental Argentine at 360 – 480 mts. above sea level, 64° 11′ longitude and 31° 24′ South latitude.

Córdoba has a privileged weather as it is located in a temperate zone of central Argentina. Its climate is strictly Mediterranean; its eastern border is 480 kilometers far from the Atlantic Ocean and its western limit, 520 kilometers from the Pacific Ocean. The annual average temperature is between 16° and 17° degrees Celsius and the thermal amplitude is 14° – 15° degrees Celsius